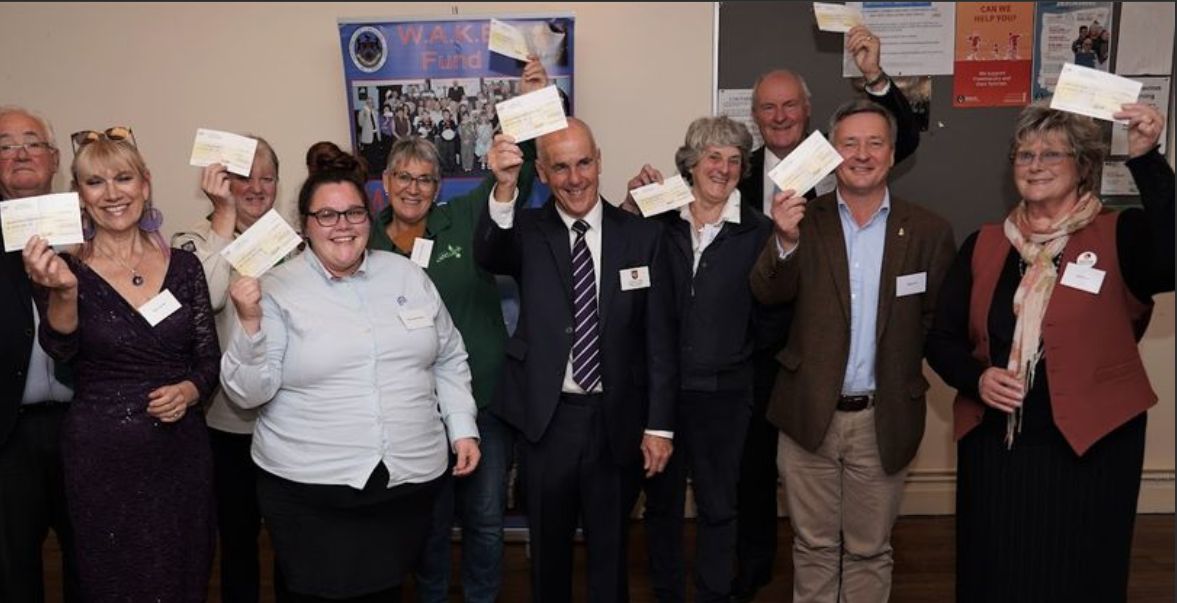 Devon Freemasons have donated £17,500 to support charities and organisations across Devon. Every spring and autumn, Freemasons from all around Devon meet to support organisations who require financial assistance, among which are children’s charities, schools, youth centres and charities including hospices, hospital services and cancer charities.

The money is raised through the Wake Fund, a trust conceived by William Alexander Kneel, the Devonshire Leader from 1970 to 1984 and the late owner of Kneels Laundry & Dry Cleaners – now Johnsons.

Since the idea was initiated the fund has grown through the continued generosity of Devonshire Freemasons and investments.

Today, it stands at £2million from which the trustees distribute the income generated, currently around £50,000 each year.