Freemasonry and the Socratic Method 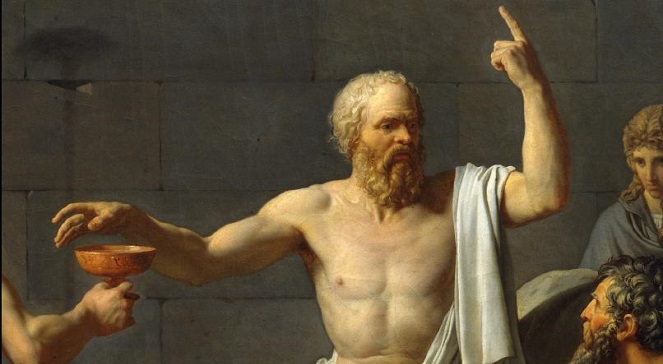 “I can’t teach anybody anything. I can only make them think.”

So says Socrates, a great thinker of his time in Ancient Greece. He was known for educating his disciples by asking questions and thereby drawing out answers from them, called the Socratic method. The goal was to nudge people to examine their own beliefs, instead of unthinkingly inheriting opinions from others. The approach was a way for his students to find the truth of anything. Thinkers have venerated the method ever since. It really worked for the Greeks.

I have always had a fascination with Greek culture. I particularly enjoy studying Socrates, Plato, and Aristotle. I also admit to getting lost in Greek mythology at times, enjoying Greek food, and have always secretly wished that I could dance like a Greek goddess.

Given the above, it seems only reasonable I should find myself honing in on Socrates. Mind you, I am no authority on the great ones of the ancient past, other than being humbled by their wisdom and insight. Socrates is for me the most interesting of the three: a perspective I am sure many might agree and equally as many might disagree.

There are two statements that Socrates made that I found particularly thought-provoking.

“To know, is to know that you know nothing. That is the meaning of true knowledge.”

“Let him that would move the world first move himself.”

The first quote that starts, “To know, is to know that you know nothing” is a paradox right off the bat. Yet, instinctively, somehow, I understand the entire point and it makes sense even while being a total paradox! And the second quote struck me as so linked and interrelated to the first one. One would be hard pressed to assert one carries more weight than the other or to even think about them separately.

How can we know what we don’t know? Does the Socratic method offer us a technique to advance towards the light of true knowledge?