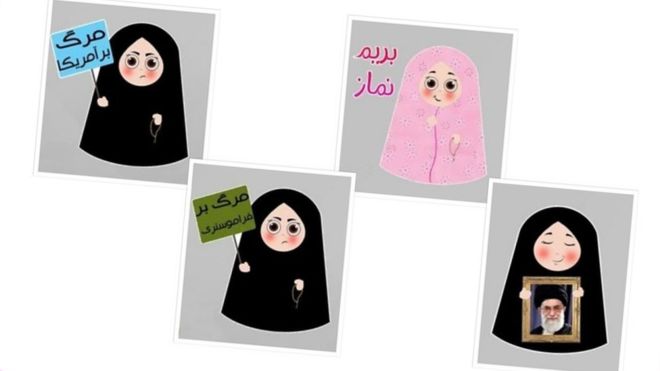 Iranian government officials see the popular messaging app Telegram as a vehicle for anti-establishment dissent and have been trying to convince users to switch over to Soroush, a new app developed in the nation. The app comes equipped with a unique number of emojis, including a woman in a chador holding up a sign proclaiming “death to America,” the BBC reports.

There are also reportedly emoji of women holding up signs wishing death to Israel and the Freemasons, as well as holding a photo of Iran’s current Supreme Leader, Ali Khamenei. But Soroush has yet to garner the level of interest Telegram has in the country. The homegrown app reportedly has five million users to date, compared to Telegram’s 50 million users.

Like Telegram, Soroush lets users join groups, create channels, follow news, and send files, videos, pictures, and audio. But unlike Telegram, there is less confidence that the Iranian app will safeguard users’ data. According to the BBC, people have been making fun of the app’s three checkmark notifications, joking that…