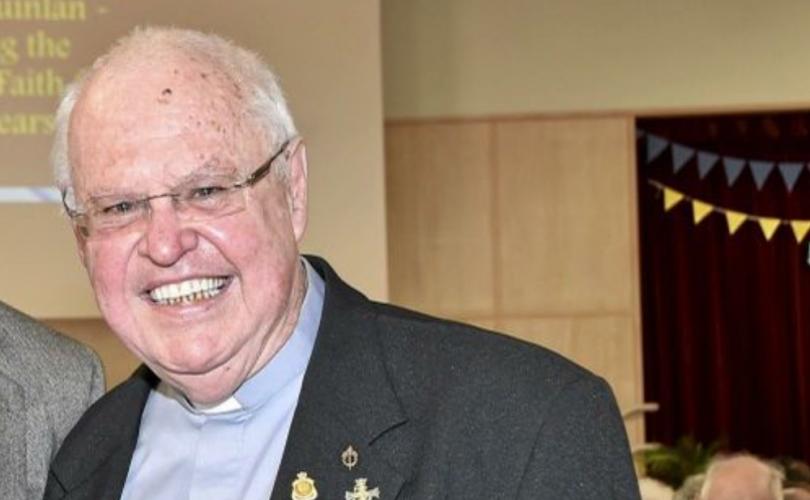 August 16, 2019 (Remnant Newspaper) – A Catholic priest and Freemason claims that the Bishops Conference gave permission for Catholics to become ‘Australian Freemasons’ in 2016.
Fr. Kerry Costigan, now retired, of the Toowoomba Diocese in Queensland, contributed an article to the publication The Swag in which he admitted that he has been a member of the Ashlar Lodge for over ten years. In the article, Freemasonry and the Catholic Church, Fr. Costigan claimed that the Australian Catholic Bishops Conference approved Catholics to become members of Australian Freemasonry in 2016. Fr. Costigan also wrote that he would like to see this new policy be made public. (PDF of article is available here)
Fr Costigan’s Sketchy Synopsis
Fr. Costigan’s article begins by relating how parishioners at a Church where he was about to celebrate Mass left copies of Pope Leo XIII’s Encyclical on Freemasonry in the building’s foyer. He then goes on to explain that
.