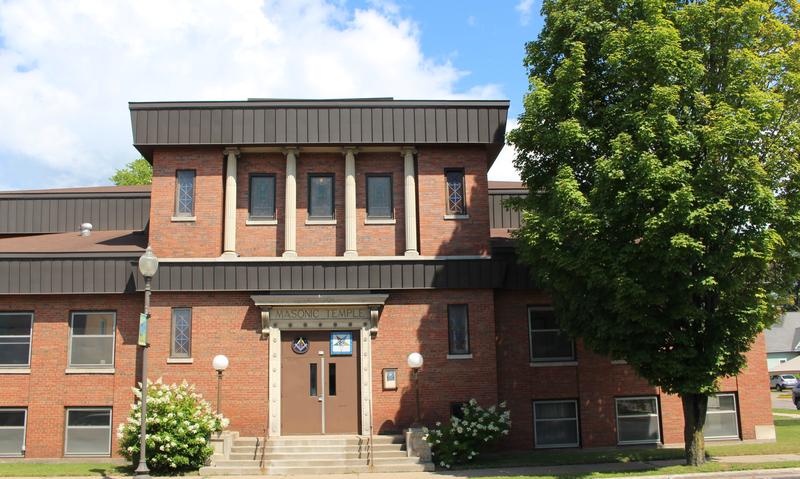 There are several Masonic Lodges of Freemasons here in the Northwoods, but the network has always had an air of mystery.
Recently we received a Curious North question asking us to investigate the history of local Masonic Temples, which led us to wonder… what is the role of a Masonic Temple in a community?
Mackenzie Martin headed to the Rhinelander Masonic Temple and the former Wausau Masonic Temple to find out.
Famous Masonic Temples are often an impressive sight to behold, featuring large white columns and stained glass windows. Though smaller than some, the Masonic Temple in Rhinelander has been around since 1930 and fits right in.
I took a tour of the Rhinelander Masonic Temple the other day with Rhinelander Freemasons Tony Jones and Bob Dionne. Dionne is second in command, while Jones is a 6th generation Freemason and currently in charge of the Rhinelander lodge with the official title of Worshipful Master.
The room they were most excited to show me was the lodge room, where ceremonies take place as well as other community events.
“We have music and we have our meetings here,” says Dionne. “It’s beautiful to sit in here and listen to Christmas music coming from…