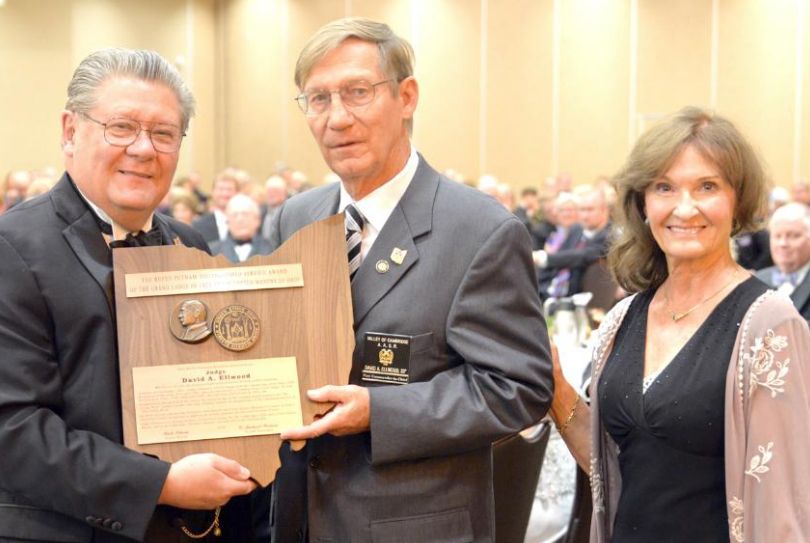 Judge Ellwood joined them as a recipient of the Rufus Putnam Award, named after the first elected Grand Master of The Grand Lodge of Ohio. It is the highest award given by The Grand Lodge of Ohio and was established to recognize individuals who have rendered distinguished service in some field of endeavor beneficial to mankind. These can include endeavors in professional, community, literature, business, education, science, industry, or eminent leadership and/or outstanding achievement in the service of Freemasonry.

“I’m just truly honored and moved,” Judge Ellwood said. “I can only say I stand on the shoulders of the giants who have gone before me.”