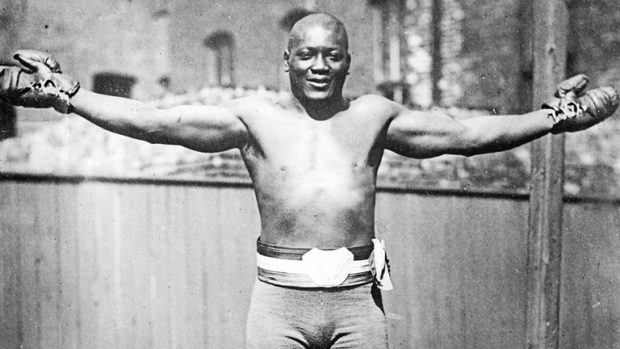 Dundee freemasons are celebrating a posthumous pardon granted to a heavyweight boxing hero.

The son of former slaves, Jack Johnson was born in Texas in 1878 and held the heavyweight title from 1908-15.

He was convicted by an all-white jury in 1913 of taking a woman across state lines for “immoral purposes”.

Johnson, whose consensual relationship with a white woman was seen by many at the time as taboo, fled to Europe but returned in 1920 and spent a year in prison.

During his spell on the run he fought in exhibition matches in Newcastle in 1911.

Army officer Sydney McLaglen was also boxing there and told Johnson about his masonic lodge.

He told Johnson he was due to travel to Dundee to have his second degree conferred and asked if it would be possible to go with him and join the lodge.

The heavyweight champion travelled up from Newcastle and on October 13 1911, became a freemason in Forfar and Kincardine, No. 225 Lodge, in Dundee.

Past Master Graham Letford said: “Grand Lodge sent a telegram to the Provincial Grand Lodge of Forfarshire ordering them to stop the initiation.