For a period in the early 1990s and again in the wake of white supremacist violence in Charlottesvile in 2017, activists and city officials alike called for the removal of a statue of a Confederate general that stands in Judiciary Square. Those demands, which surfaced again in recent weeks, have been mired in federal bureaucracy—requiring Congressional approval to remove a monument that lawmakers authorized in 1898. 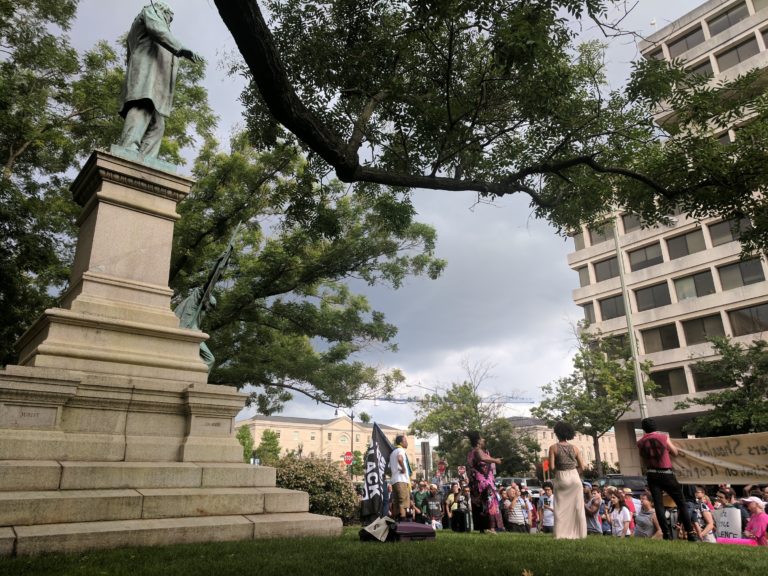 Protesters bypassed the official process entirely on Friday, June 19, scaling the 11-foot bronze statue of Albert Pike, wrapping it in chains, pulling it down, and setting it on fire. It is—or rather, was—the only public, outdoor statue in D.C. that honors a Confederate general (there are a number at the U.S. Capitol, though). 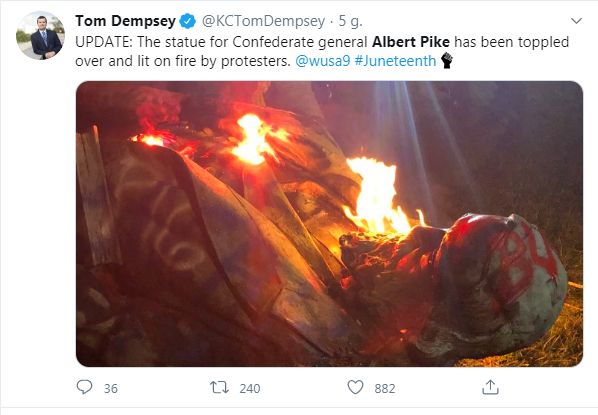 Amid a day of Juneteenth celebrations and continued demonstrations against racism and police brutality, the group of protesters marched past … 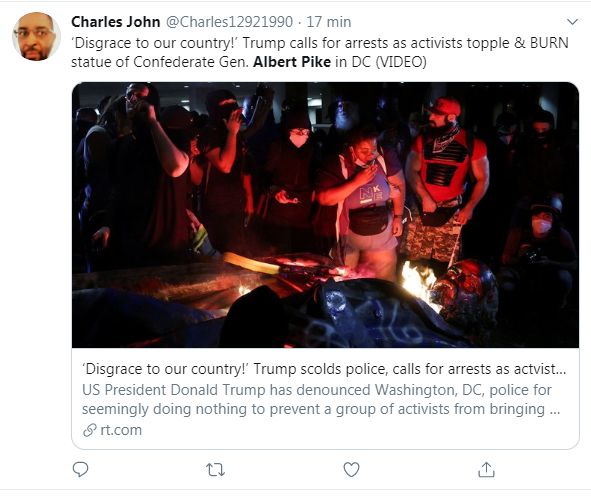